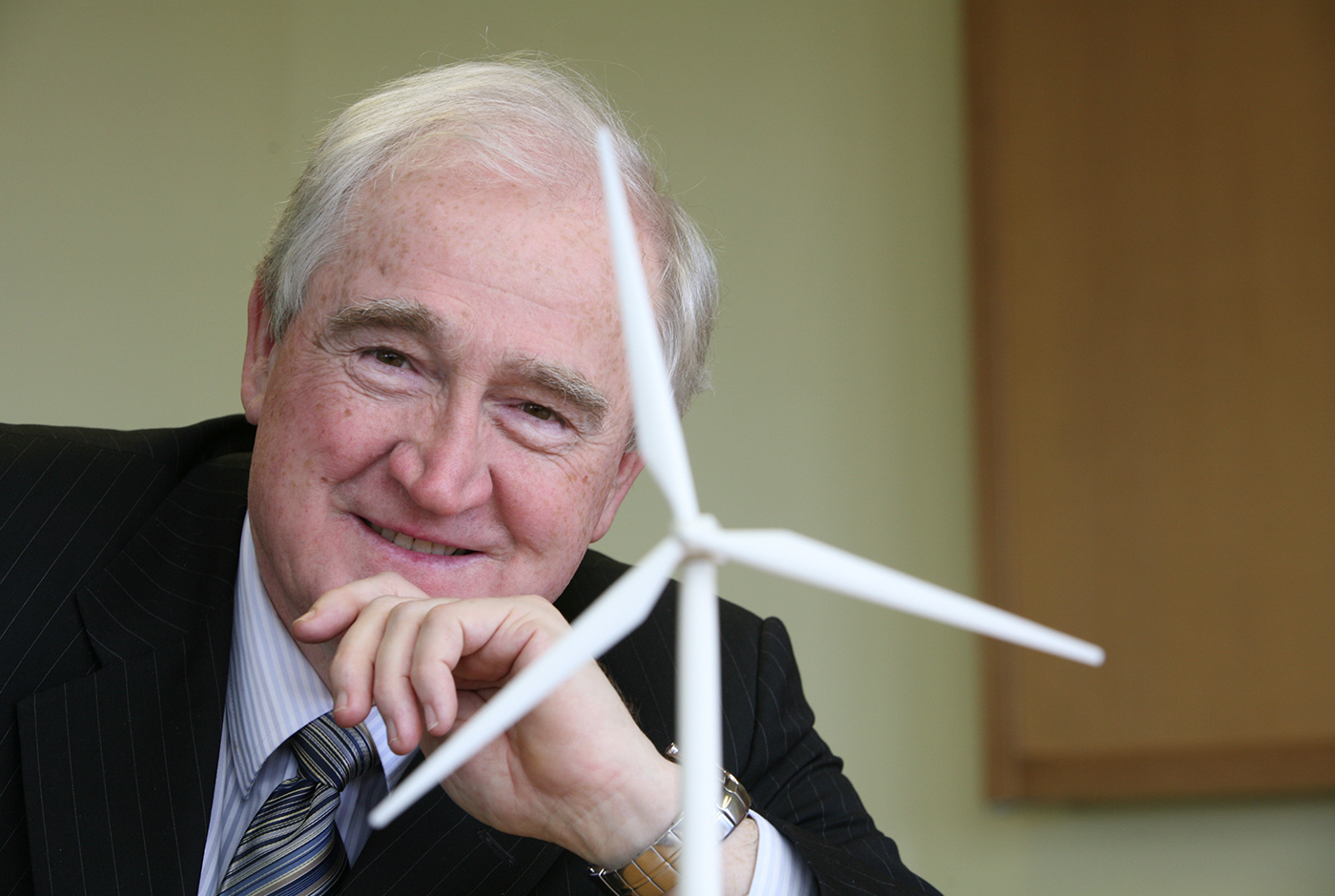 Eddie O’Connor, the co-founder and current Executive Chairman of Mainstream Renewable Power, is one of the featured individuals of this series of interviews. An early visionary of the potential of wind power, he commissioned the building of the first commercial wind farm in Bellacorick in 1992, prior to establishing Ireland’s first wind power company Airtricity in 1997. He then played a key role in shaping WindEurope (formerly EWEA) to what it is today. Most recently, Eddie founded SuperNode Ltd., the technology crucial to bringing Europe closer towards a true SuperGrid.

Could you describe your personal beginnings in wind energy and renewables? What was it that drew you in and why?

In 1989 I was CEO of the Irish Peat company.  It sold 5 million tonnes of peat to the electricity company.  This made me Ireland’s leading polluter, causing the release of 10 million tonnes of CO2 annually.  A board member pointed out that CO2 was a greenhouse gas that was heating the atmosphere.  Having researched the issue, I found it to be true.  I decided to do what I could to stop issuing CO2, at first in Ireland and then globally.  I built Ireland’s first wind farm in 1992 in Bellacorick. After I left that job, I set up Airtricity, which built the first offshore wind farm in 2003, developed the biggest offshore wind farm in UK at Greater Gabbard, also the biggest onshore wind farm in UK at Upper Clyde, as well as the biggest wind farm in the US at Roscoe Texas.

When that company was sold I set up Mainstream, whose mission was to take RE to emerging markets as well as further offshore.  We developed the new biggest wind farms at Hornsea (1200 and 1800MW) and Neart na Gaoithe in Scotland, as well as winning and now building 1300MW in Chile and 850MW in South Africa.

Could you reflect on the most exciting developments in wind that was coming up during your very beginnings in wind power?

Setting up the modern EWEA in 1999 and 2000.  I helped turn it from a UK based academic institution in London into an EU commercial one based in Brussels.  When EWEA couldn’t afford a CEO, I recruited Christian Kjaer into Airtricity and placed him full time in Brussels.  He built the EWEA into a 72-person organisation, by the time he quit.

Equally as exciting was the setting up of the Airtricity electricity supply business in 1999.  We sold 100% green electricity to SME customers at a 10% discount to what the monopoly charged, all without any subsidy.  We had 40,000 customers by the time the company was sold in 2008.

In your opinion, what was the pivotal event for the global wind industry as we know it today? Who was involved and what was your own role in those events?

Progress was steady rather than being caused by any one single event.  However, when the German government introduced the REFIT, E-ON objected and took them to the European Court alleging that REFIT broke competition rules by favouring one technology over all others. E-ON lost the case, and so allowed other countries to favour renewables.  My role was as an interested observer.

When GE bought the Enron wind business, they brought modern manufacturing to the wind energy sector.  The US really took off after this.  Shortly thereafter, Siemens bought Bonus and wind became respectable.  Over 28 years the size of turbines has gone from 0.25MW to 15MW by huge private sector R+D investment.  The price is now $4 cents and coal fired generation is $9.2.  What an achievement!

When you think about the general public’s awareness and involvement in renewable energy over time, what strikes you the most?

In most countries, onshore wind is a small cottage style industry, whose average size of wind farm is probably 20 to 30MW in Europe.  It was only with the move offshore that scale could be brought to wind generation.  Nimbyism is rampant in most countries now.  Although it is only a tiny minority who vocally object to wind, the media thrives on controversy, and politicians follow the media.  The public by and large, couldn’t care less about offshore.  The average size of offshore wind is probably 250MW+.  Scale is needed if we are to do away with CO2 production.

Do you have a message for the future generations of people driving renewable energy forward?

The leaders must focus on complete decarbonisation, not on interim targets which can be achieved by incrementing from where we are now.  A target for 2030 can be achieved with the same infrastructure as exists today.  We must build 900,000 MW of offshore wind, hopefully by 2050.  There is no grid to allow this to happen.  We need the SuperGrid to be planned and built.

The guys who supply the WTGs are in a state of semi-bankruptcy at the moment.  Average profit is less than zero.  These auctions are only good for the electricity customer as long as there are more than one WTG supplier.  We need a carbon tax of at least €40 per tonne, and some of this money needs to find its way into the coffers of the WTGs.  It takes €400 million to develop a new generation of turbine.  They are unable to recoup this investment from electricity sales.

Investment in renewables must increase from a current €350 Billion now to 1.5 Trillion per annum if a temperature rise of 2 degrees is to be achieved.

900,000 MW of offshore wind is built in the seas around northern Europe.  It is linked to 900,000  MW of solar built around the Mediterranean basin via the SuperGrid.  There are 5 million jobs in Europe directly and indirectly linked to renewable energy and the SuperGrid.  Europe leads the world because it had the vision to plough ahead, and export sales of wind technology have become Europe’s main export.  All transport is powered directly by battery powered vehicles.  All heating is electric.

By 2120 we have entered the true electric era.  No oil or gas companies have existed for 70 years.