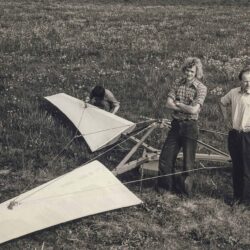 Henrik Stiesdal is a Danish inventor, businessman, and one of the foremost leading figures in wind power. Developed in 1978, his three-bladed “Danish concept” design of wind turbines formed what was to become the standard of turbine manufacturing. Henrik was the Chief Technology Officer of Siemens Wind Power for 27 years until his retirement in Read more about “Renewable resources can be harvested to cover all of our energy needs.” – an interview with Henrik Stiesdal[…]

Katherine Dykes is a Section Head at the Department of Wind Energy of the Technical University of Denmark. She has a PhD from the Engineering Systems Division of the Massachusetts Institute of Technology where her thesis centered on the interplay between wind technology innovation and deployment. She holds two MS degrees from the Ohio State Read more about “Resolving research questions on wind will help make wind energy more competitive for future energy systems.” – an interview with Dr. Katherine Dykes[…] 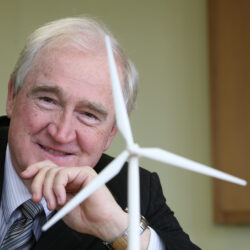 Eddie O’Connor, the co-founder and current Executive Chairman of Mainstream Renewable Power, is one of the featured individuals of this series of interviews. An early visionary of the potential of wind power, he commissioned the building of the first commercial wind farm in Bellacorick in 1992, prior to establishing Ireland’s first wind power company Read more about “By 2120, we will have entered the true electric era” – an interview with Eddie O’Connor[…]