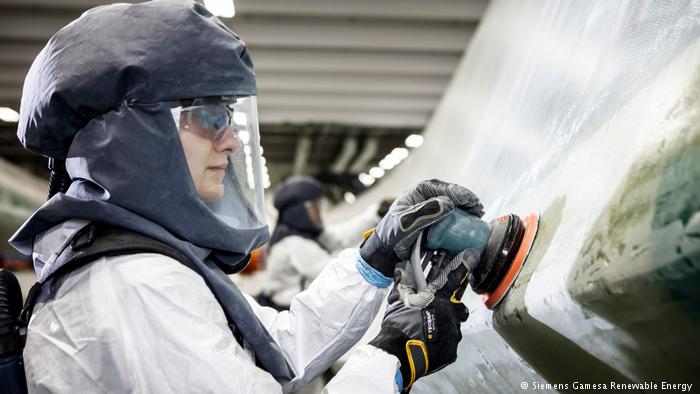 The new company employs 27,000 employees globally. It has a combined installed capacity of 80 GW in more than 90 countries, across five continents. The company ranks second in global installations, second in global onshore wind, and first in offshore wind with 8.7 GW installed across Europe.

In January 2015 the company started the construction of a blade manufacturing plant in Hull (Yorkshire and the Humber) in the UK. The plant became operational in 2016. The location was a strategic choice given the importance of the UK in offshore wind, in particular, the region of Humber and Alexandra Docks.

The manufacturing site produces 75-metre turbine blades. All production at the plant during the first two years of operation will serve the domestic market in the UK. In the future, the company expects to export part of the production to supply new projects in the North Sea region as well as international markets.

Since the first day of operation 1,000 direct jobs have been created at the manufacturing site. Almost all these employees (97%) were directly recruited from the region of Hull or within a 30 mile radius. In the first phases of the development of the plant, the initial workforce reached 650 employees, after more than 23,000 professionals had applied for a post. Significant employment has also been created indirectly through the procurement of goods and services from local subcontractors.

Besides boosting the economy and jobs in the region, the company engages in a range of social initiatives to support the local community. Siemens Gamesa Renewable Energy collaborates with the Ron
Dearing University Technical College, which teaches 14-19-year-old students through practical lectures. Pathway Plus is another charitable initiative the company actively participates in to help people with
learning disabilities to live independently and find a job.

It is estimated that the use of the turbines produced by Siemens Gamesa Renewable Energy in Hull’s blade manufacturing plant can cut CO2 emissions by over 1 million tonnes per year.